It is no ordinary thing to find oneself on an island made entirely of floating reeds. In fact it is an extraordinary thing! In Lake Titicaca, in the southeast region of Peru on the border of Bolivia, is a community of these floating reeds called the Uros Islands. There are about 90 of them floating near the mouth of the city port of Puno. I had the opportunity of learning from a head resident on one of the islands about how these are constructed as homes for many Peruvian locals.

Reeds are grown at least 6 meters long in a patch. With 4 patches twined together to make one block, each island floats on an average of 17 blocks. They last for up to 30 years until it is time to start growing the next batch of reeds for a new island. So interesting to see these beautiful structures and homes all made from plants! It is truly amazing to witness humans and plants working together. Natural elements and plant-based… they were speaking my language.

One villager took us for a peaceful ride on a reed boat and described what their diet consists of to survive on these islands. Local fish are a key source of food along with growing some fruits and vegetables on the islands. This is brilliant because they have unlimited access to water. What I found super cool was that eating the roots of the reeds was another common food source. We stopped by some wild reeds where he reached over, pulled a single reed right out of the water and started peeling the bottom of the root just like a banana. With that he passed one over to me indicating the offer to take a bite. Considering the lake isn’t exactly the cleanest water, I was hesitant but then I figured what the heck. When is the next time I will have the opportunity to eat some reeds while sitting on a reed boat? Surprisingly it tasted like a spongy version of jicama. All I needed was some chili powder to satisfy my taste buds. And even better was that I didn’t get sick!

Home on the Uros islands is a unique lifestyle that I now am aware of and have appreciation for the creativeness of mankind. I would also say that the community is eager to share and educate visitors like me about the engineering of these floating reed islands and the details of what it takes to survive raising a family there. It takes community work and support of each other to really make things work. A lesson all of us could take to heart.

Traveling to Puno on the edge of Lake Titicaca is definitely one that I am glad I made the effort to roam around. It was a long night bus ride from Cusco to Puno, which I would say was not the greatest. Actually it was the scariest bus ride I have ever taken… at one moment in the middle of the night I was the only person awake, everyone was sound asleep including my two friends. Of course I had to use the bathroom downstairs when the bus suddenly stops, the door in front of me opens, and I found myself in shock looking out into the abyss of complete darkness outside. There was nothing stopping anyone from getting on the bus except me and five feet of air. The door remained wide open and I was pretty sure zombies were going to attack us. I slowly backed up to the bathroom door behind me so I could lock myself in until the exterior door closed and the bus started moving again. To add to my delirium, the bathroom door latch was stuck and I could not get into the stall fast enough… The image of a zombie leaping out from the darkness into the view of the doorway was probably also exaggerated in my mind from the lack of sleep and intense motion sickness I had for the entire 6 hours on the bus. And after the bus finally started moving again, I ran back to where I was seated, woke my friends up, told them what had just transpired (including my potential run-in with zombies) and then we all definitely could not sleep.

That is my fun scary bus story my friends and I like to tell because now when we think about it, the bus probably stopped because maybe the bus driver had to take a leak outside. Although I still don’t know why our door jarred wide open. Anywhos… we left Cusco at 10:30pm and arrived in Puno at 5am, which is a city at high elevation (104sols, but really 75sols but we got ripped off from a guy at a travel company in Cusco. Best advice to just go to the bus station and buy a ticket there). In October it was colder there than it was in Cusco. I definitely wore all my clothes I brought with me so my fashion was pretty on point. I also had the pleasure of watching a children’s dance rehearsal right outside our hostel, Quechuas Backpackers (40sols/night). It was so adorable to see them dance along to the Peruvian folk music. Side note: make sure to have crisp bills especially if paying with U.S. currency. They do not except bills with creases, rips, or tares. Even their own high dollar bills, they will reject them. So inspect your money when exchanging currency and always ask for small denominations.

Then to get to the Uros Islands it is a simple ticket purchase at the boat docks to catch a boat ride over across the lake (30sols). From there we also stopped by La Isla Taquile where views of the border of Peru and Bolivia can be seen. And sometimes when I remember sitting at the boat docks with my friends, amused about our experience to get there, I cannot help but laugh at the comedy of zombies attacking us. The mind plays tricks on you when it runs on zero hours of sleep.

Today’s reminder: Make sure to get plenty of sleep for a healthy body and a piece of mind. 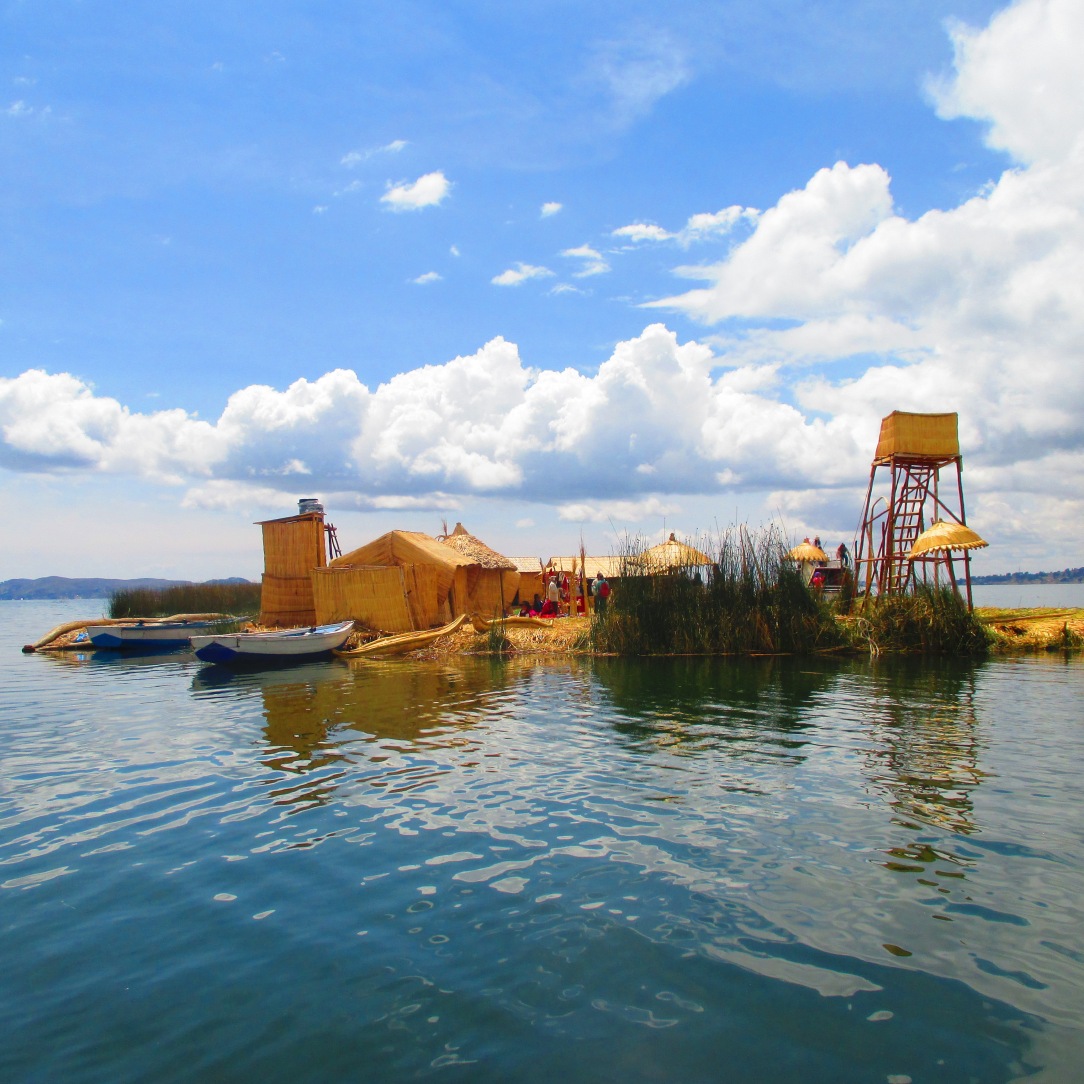 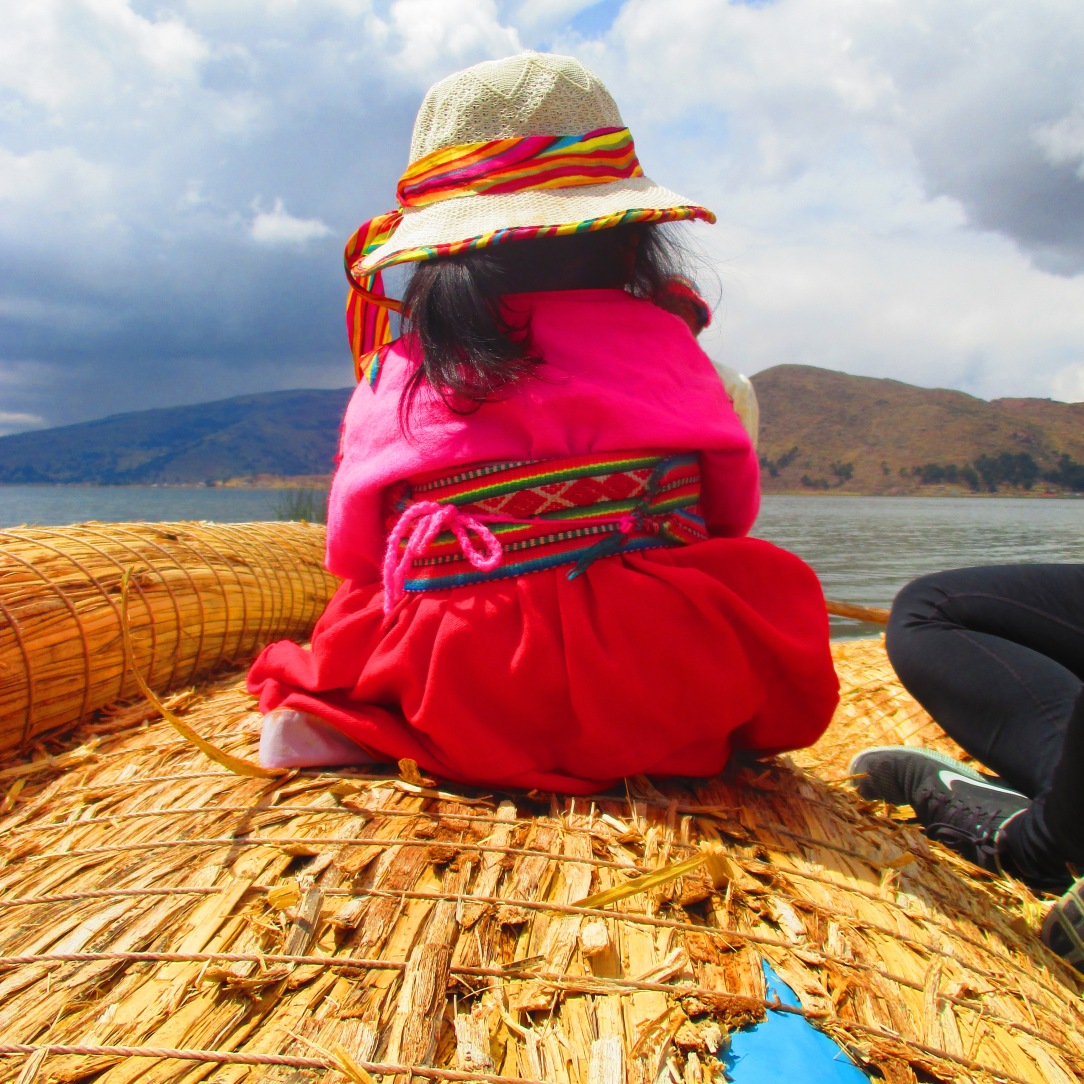 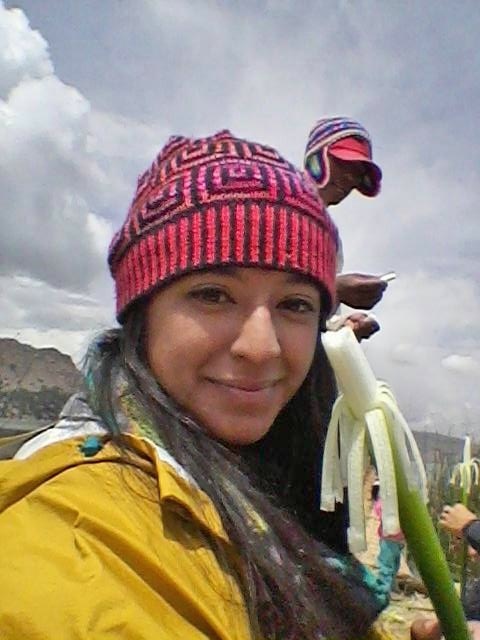 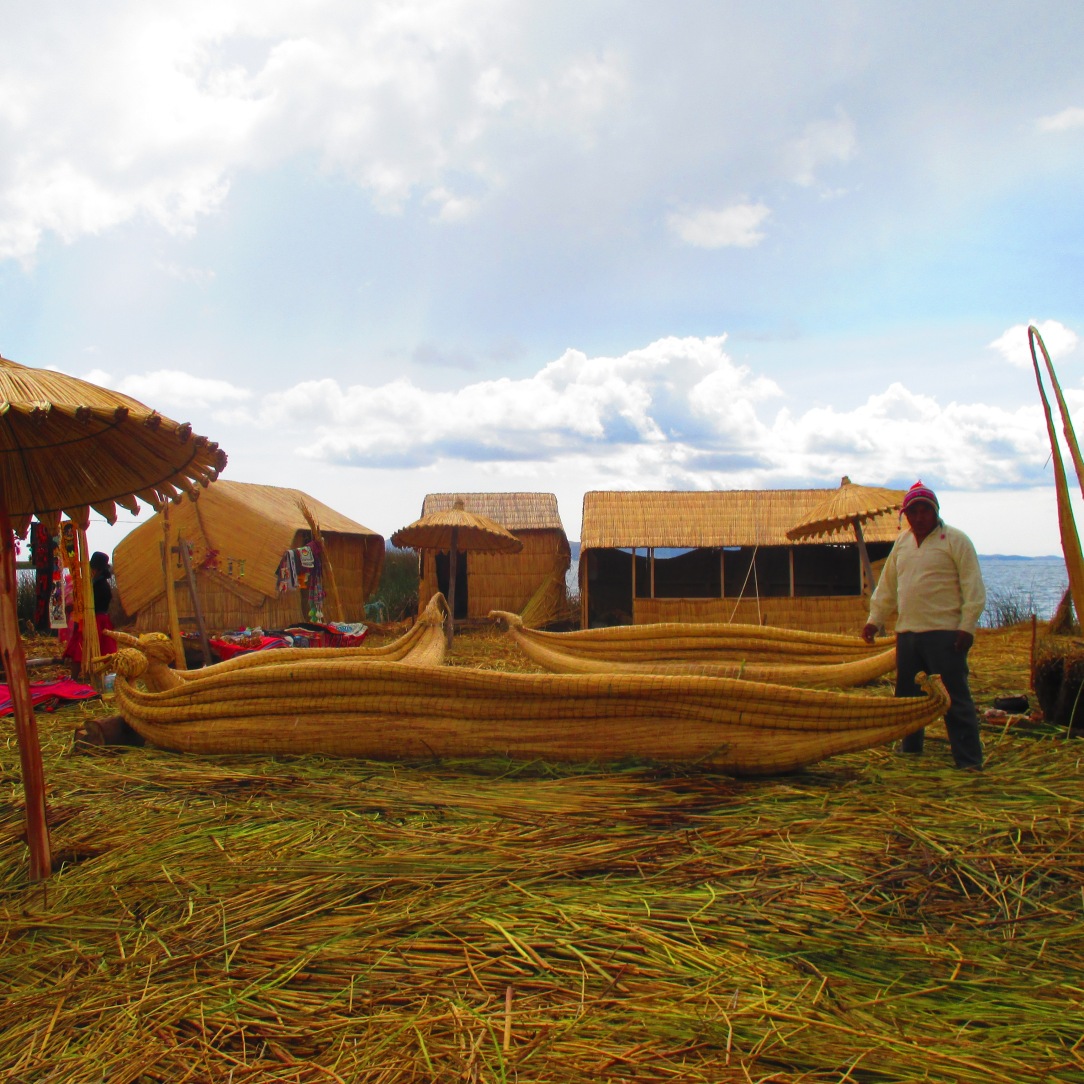