Alright ladies time to PERIOD BETTER! This is a phrase that the brand Thinx lives by and I have to say I live by it to now as well. What I mean is that I have successfully gone zero waste for my periods! This is a BIG DEAL, period. No more tampons, pads, panty liners, or stains on my good underwear. It is called the Menstrual Cup and Thinx underwear. Two products that have changed the way I handle my menstrual cycles and therefore changed my life.

First, using the Menstrual Cup. You know how it took a few tries to get used to using a tampon? Inserting, replacing, and the general feel of it. Well using the cup is the same exact way and after two cycles of testing it out, it is very easy for me now to insert and take out plus it feels great! In fact, I have been using the method of the cup for a little over a year now and I don’t like using anything else. I forget that it is even there. I cannot even imagine putting a scratchy tampon up my hoohaa anymore. The sleek design of the cup is so smooth and fits more comfortably in my body. I personally vouch for the DivaCup because it is the only one I have been using and because I have not had any children, I wear size 1 smaller cup. It even comes with a cute and discreet pouch carrying case to store your cup whenever you are not using it. The cup takes up way less space than a handful of tampons you may carry in your purse and certainly no trash waste is involved. The best part is that it can hold up to 2.5 tampons worth (1oz or 30ml menstrual flow) and I can change it 10-12 hours depending on my flow. On average a woman can release about 2oz or 60ml on her cycle. Because my cycles are usually heavier on the first two days, I may have to change the cup in the middle of the day. On lighter days I change it at the end of the day. I have had no major leaks! #icup

Second, using Thinx underwear. Now sometimes I may have a few spots from the cup or when I don’t need the cup but I still might have light spotting, it is nice to have panty liners. So instead of disposable panty liners, I now use Thinx underwear. Another zero waste win and transition! I have the Sport $32 and Cotton Bikini $32. This guarantees nothing will leak when I am on my period. I use it as a backup in case I forgot to place in the cup or when my flow is really really heavy. Trust me, it is no more gross than the stains you already get from periods leaking through to your regular underwear. All you do is hand wash it in the shower or sink and let dry. Then when my cycle is completely over, I throw it in the regular wash. I rotate between two Thinx underwear so that while one is drying the other one is in use. Waste free menstrual cycles feel a whole lot better for the environment and saves the hassle of worrying if you need tampons because it came a day early. Thankful for the savings it has given me from spending a ton of money in the long term. Some women will spend more than 3K (tampons, pads, panty liners, new underwear, new bottoms due to bad leakages) within their lifespan! 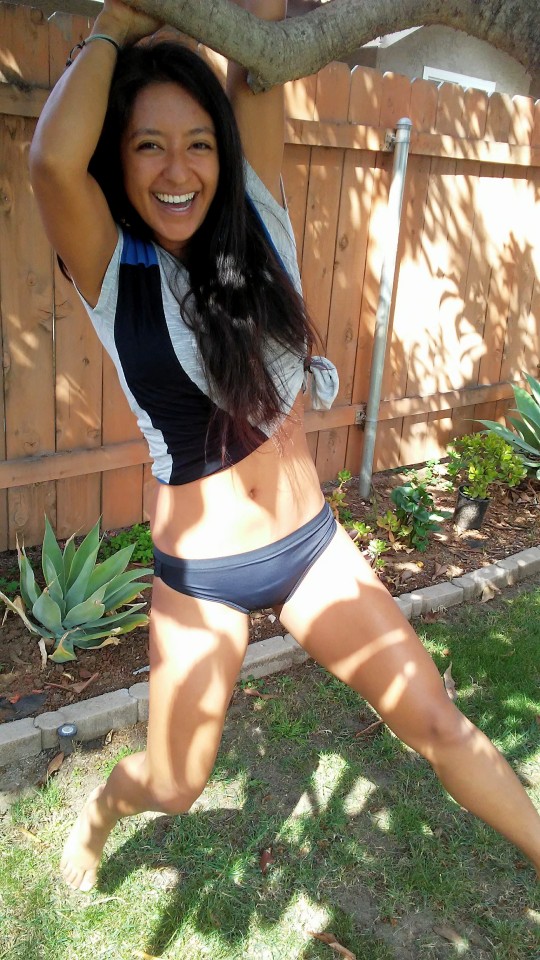 Now there are three reasons why I have switched to this new way of habit.

1) It is a money saver. 2) I am making a small change with a huge environmental impact. Reducing my period waste from landfills. 3) There is less stress for me about not having access to conventional period items or if I “run out” i.e. tampons. Hassle-free cycles are key especially if you travel to other countries or travel in general. I will elaborate on the first two points. Let’s do some math.

ME: My cycle usually lasts 4 days where I would use up to 12 tampons and 6 mini pads per cycle. Because I receive my cycle regularly every month, which means every year I go through at least 144 tampons and 72 mini pads.

Total per year for tampons and pads is $40.

On average I could have my period for 37-40 years…

So I am expecting to spend between $1480– $1600 in my life span if I had continued using my Tampon and panty liner method. My number is relatively low compared to the average I have researched which is around 2-3k per life span of a woman!

AVERAGE WOMAN: The average woman has her period between 3 to 7 days for up to 37 to 40 years depending on her body but most generally will experience around 450 periods in her life span. Lets say for our example, she has 5 day flowing cycle.

This doesnt not include replacement underwear over the years from leakage or stains. This doesn’t include regular pads that some women use instead. And for others who menstruate, the amount they spend can be more or less than $2089.

*prices of items can fluctuate which is a varying factor*

This is a lot of money that we are subconsciously unaware because it is a gradual expense and we don’t see the grand scale of it. Im sure if we had to fork out up to 3k all at once when we get our first period, it would make us cringe. But what if you only had to fork out $104 for items that would last for years? I paid a total of $64 for two Thinx underwears and $40 for Diva Cup = $104. Yes, I might have to replace a pair of underwear and a menstrual cup due to normal wear and tare so lets say I replace every 6 years (with proper care I’ve heard it can be 10 years). So if I average between 37 to 40 menstruating years, I could spend $416 to $624 throughout my life. That sound a whole lot better than my calculation of $1750.

Based on the Average Woman numbers above, 9000 tampons and 2250 panty liners in landfills from the life span of ONE woman is daunting. The plastic applicators from some tampon brands with the tampon itself and the plastic wrapping that each panty liner comes in along with the liner itself will sit and rot on Earth for years and years. Eww, now that is gross. Multiply that by how many menstruating women there are in the world utilizing feminine products like tampons, pads, and panty liners. There has got to be a better way to period better.

The purpose of this is to point out that we humans have a duty to try to reduce our imprint on the Earth because it is filling up with our own waste very quickly. My recent switch has had me menstruating on a zero-waste period for a few months now and before Thinx I was using the Diva Cup for a year. I already have saved so much money, but more importantly is that I have lessened my contribution to world pollution. SIMPLE. It also packs super easy, just part of my underwear collection and a small pouch with the cup. I don’t worry about inaccessible tampons on my travels or leakage issues. I have heard no complaints from my other female friends who have converted as well. It’s just a matter of being open-minded and looking at the bigger picture in our choices of habit and consumer impact. And that is how you can PERIOD BETTER.